Holy crap... I finished a group of miniatures... The end times are upon us and the world will end a wave of rioting tabletop geeks! OK, maybe it's not that momentous, but for me it's pretty damn close. I gotta say though, these were fun to paint. I've not been painting long enough to have painted these when they first came out, but GW could learn A LOT about their company by looking back at things / minis like these and understanding the reason we loved them was because of the minis...

Unique sculpts with great attention to detail. Yes, they were/are static, but that's OK. They have real character and it really shows when they're painted! Right, enough of the ranting, more miniatures!

The leader is meant to look unique on the field. I like to think I've done that with this guy. The elevated base also helps ^_^


The Heavies; no gang looks complete without two huge guys carrying massive guns. I'd love to find some more, but I doubt they're out there anywhere... Or if they are I imagine they're expensive as hell!

Four distinct sculpts and four awesome miniatures. The far left one is my test miniature and you can see the differences in the end results. My favourite of the lot is the second from the left, such a badass pose! ^_^

Ahh, the Juve, fresh meat for the grinder. Endless ways to die in the hive... And these poor bastards have no eyes! Yup, if you look closely you'll see I forgot to give them eyes... Oh well, mutants they are! ^_^

Now to name them and kill them off one by one in horrific games where I get schooled! Roar! ^_^ 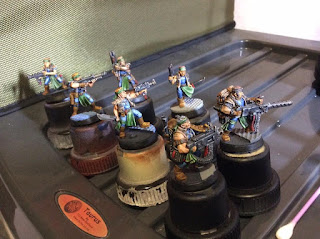 More work on Orlocks. I'll take some real photos when I finish, which is only TWO miniatures away! TWO!
Posted by Vent at 3:11 AM 1 comment:

OK, more Orlock's. Took me a little longer than an hour this time, but not much... I'm having fun not using any metals. It's quite a good exercise to do... I think everyone should give it a go every once and awhile.

There's numerous minor things that have to be finished off, like eyes and teeth and lenses, but as they're for gaming more than display I'll get around to those at a later date...

I've been playing with skin tones and things as I don't normally paint humans, or skin at all...

Necromunda - Meeeeeeeeemories... of the way we used to be...

I've always loved Necromunda, the concept the campaign feel, the growth of the gang, the bitter frustration and resentment when you lose a ganger who you just out-fitted... It really appeals to me... So when my local group suggested we return to the hive I was totally on board and went looking for the Orlocks that I purchased loooooong ago...

Here's the test miniature which I decided to speed paint. One hour, one miniature. ^_^ 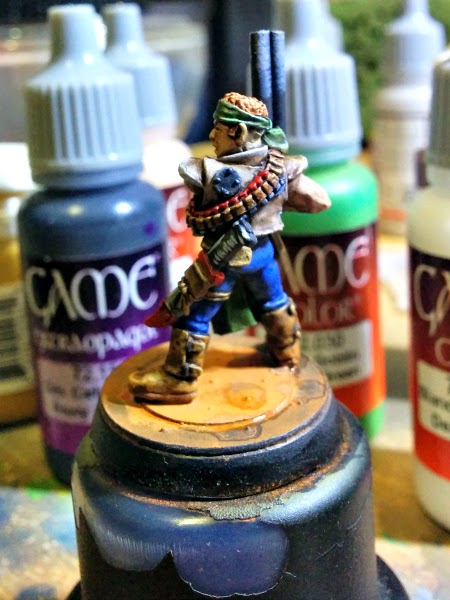 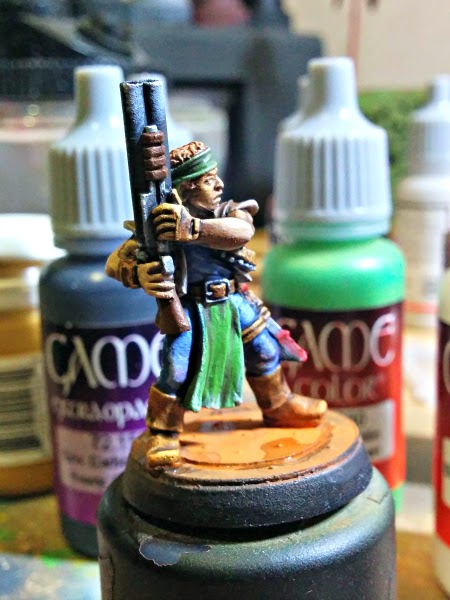 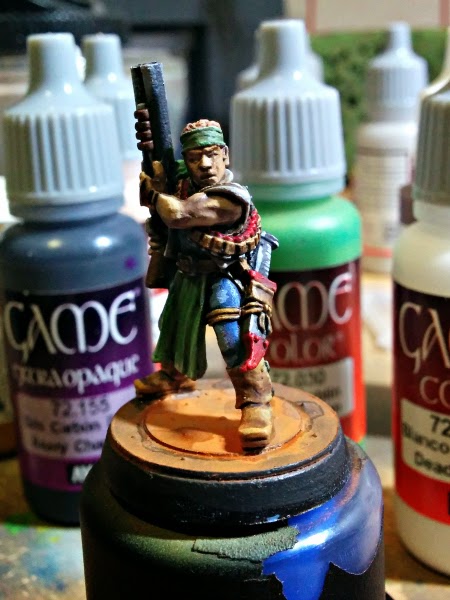 Looking at the plastic flight stands for X-Wing is depressing. They're see through, but they suffer from bubbles and the joins look terrible as well... So I got bored and decided to repaint mine as a starry field...

Surprisingly simple, and twenty minutes of work later they were done. I might gussy up a tutorial for it if there's interest. All credit goes to NASA and their amazing photos of the cosmos! ^_^

As Stormy says 'You can't outrun who you are'... I think I'll always be a painter of some sort. Part of my problem is work, part of my problem is a short attention span. ANYWAY, I've been painting X-Wing Miniatures again. This time it's the Rebel Alliance getting some love!

I used this A-Wing more to get a feel for the colours I wanted to use, I know it wasn't going to be red like my imperial stuff, but I was unsure what I wanted to do so I started slapping some paint on. Eventually I got things figured out, and I'm pretty happy. Undercoating another A-Wing, a B-Wing, and a couple of Y-Wings today and should follow a similar colour scheme to this one. I'll get to the X-Wings when I've got other things nailed down, although they have the smallest surface areas of all the ships I think... 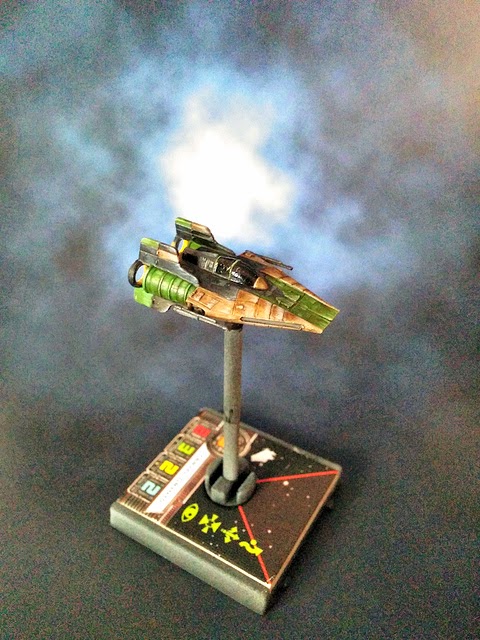 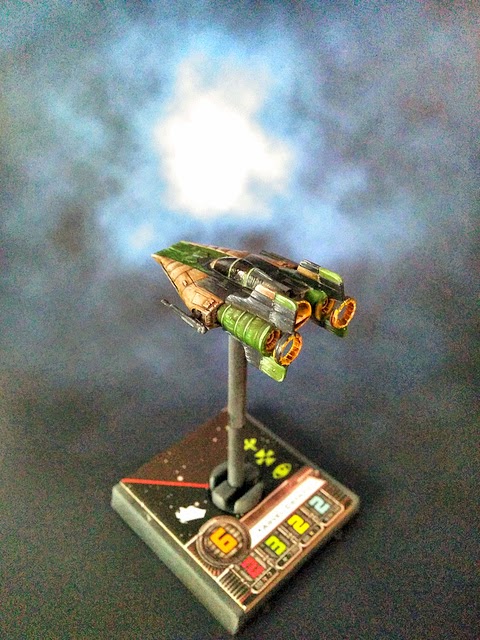 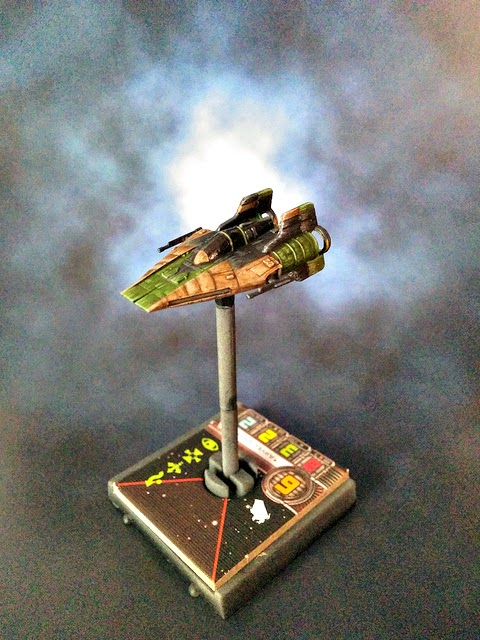 I was trying to work out whether to use metallic or try balls up some NMM... I'm happy with my choice... ^_^ 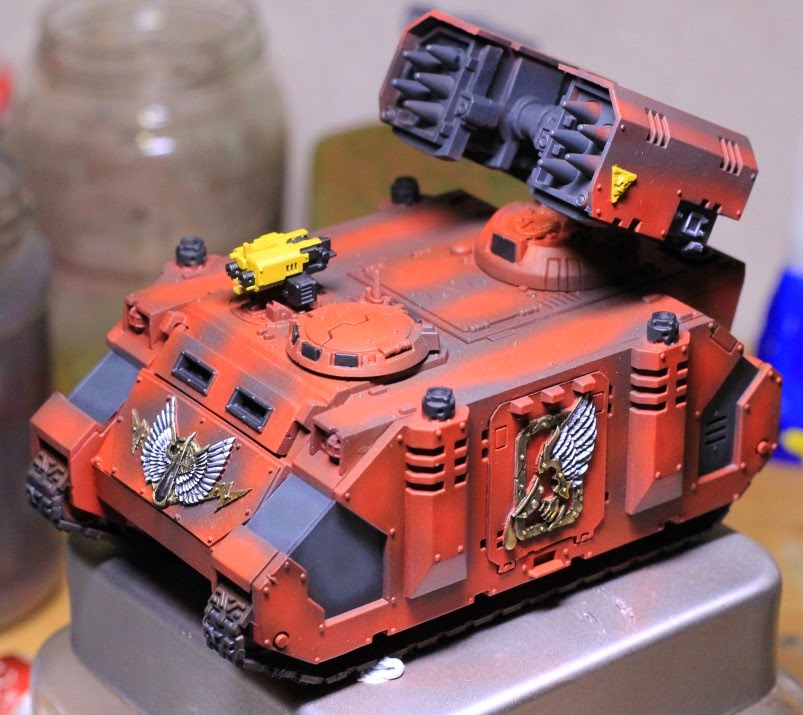 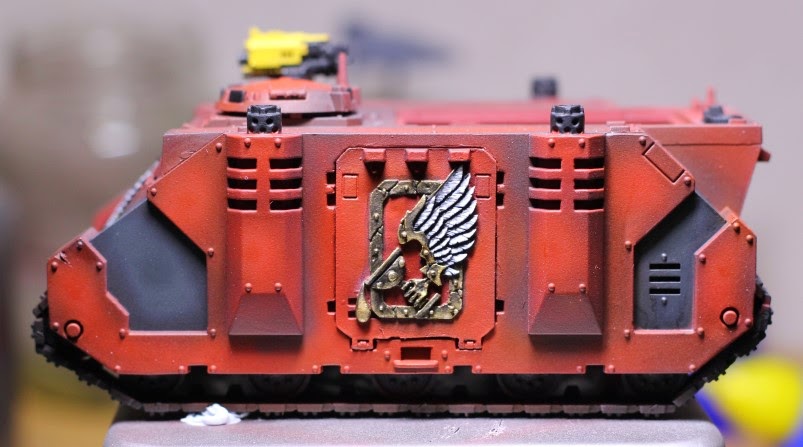 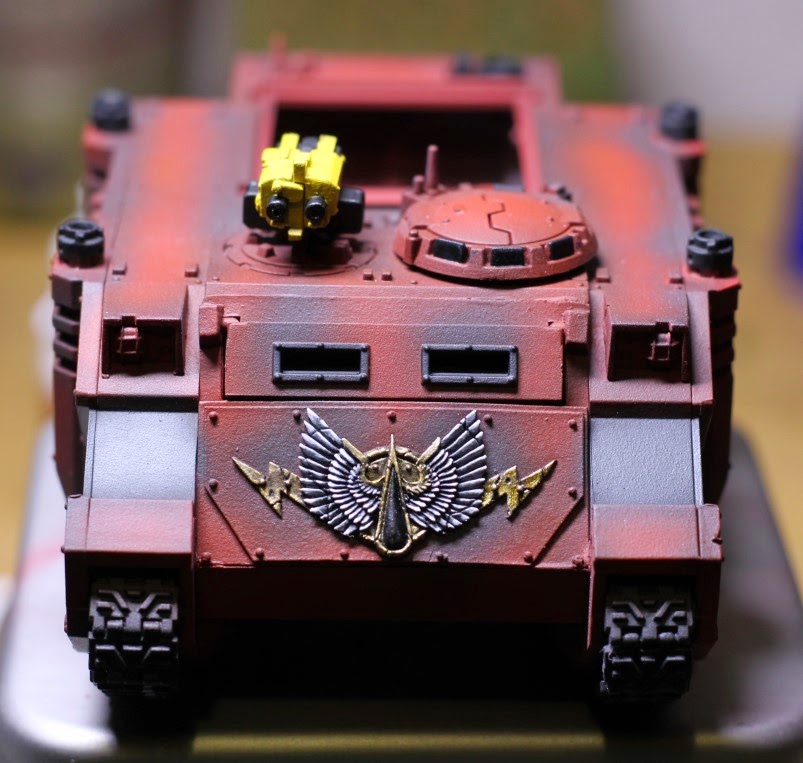